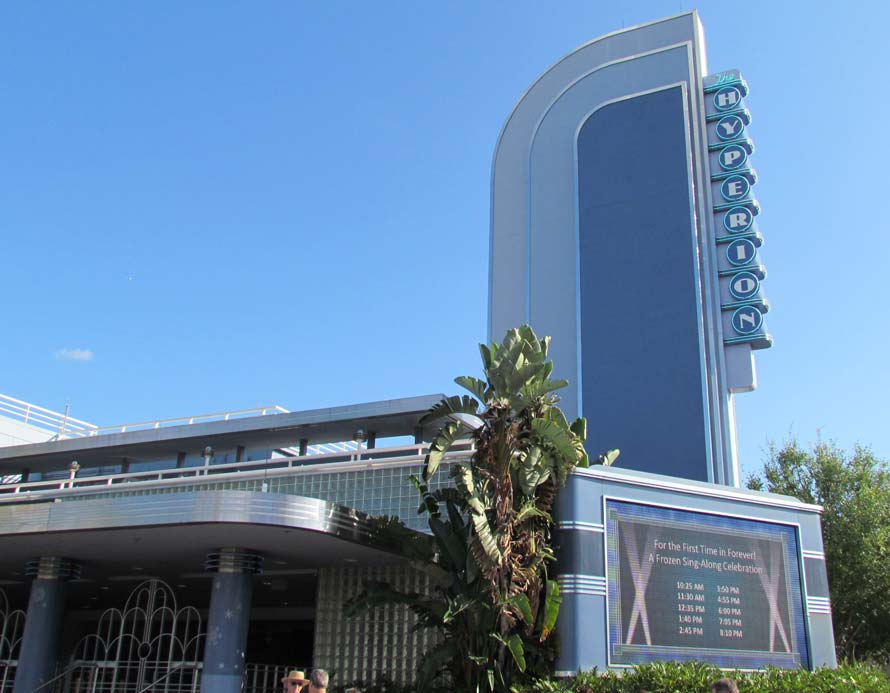 After Disney announced the closing of the American Idol Experience at Disney’s Hollywood Studios, they also announced a new name for the theater that it was performed in. The Superstar Television Theater would become Hyperion Theater, a tribute to the location of the animation studio where Walt Disney and his talented artists made most of the early Mickey Mouse animated shorts and original feature length animated classic “Snow White and the Seven Dwarfs.”

This week, a new marquee sign has been added to the building to reflect its new name and it glows in beautiful turquoise neon.

As I hunted around I was able to find one last visual reminder of the theater’s former name too. The interior of the theater received new chairs and some new decorations to go with the show (check out the digital projections while you’re in there). All the TVs were placed in the queue as well. 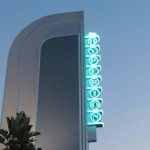 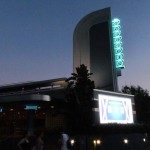 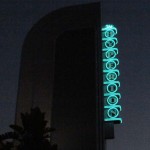 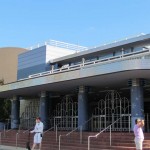 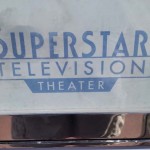 Now both Disney California Adventure and Disney’s Hollywood Studios have Hyperion Theater. Only DCA’s is capable of hosting Broadway style shows, however. It would be nice to see another theater at Walt Disney World with that capability.

As a part of Frozen Summer Fun, the popular show “For the First Time in Forever: A “Frozen” Sing-Along Celebration” featuring Anna, Elsa, Kristoff and some talented storytellers moves into the space.