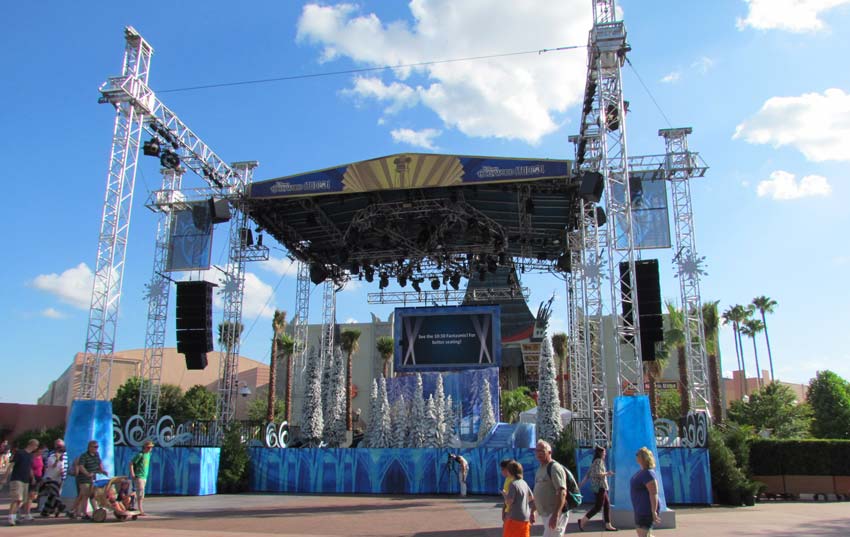 It may be the hottest day of the year so far in Orlando, but inside the gates of Disney’s Hollywood Studios, it’s the coolest summer ever with “Frozen” Summer fun. The festivities starts today and runs through September 7. We stopped by today to photograph some of the decoration and stage as the park transforms from Star Wars Weekends to Frozen Summer.

In the Frozen Royal Welcome, guests will encounter Anna, Elsa, Kristoff and Olaf as they are welcomed to Hollywoodland twice each day in a festive cavalcade throughout Disney’s Hollywood Studios, accompanied by the Royal Arendelle Flag Corps and a flurry of skaters, skiers and ice cutters. The procession will pause twice along the route to pay tribute to the Arendelle royalty and invite guests to join in singing “Let it Go.” 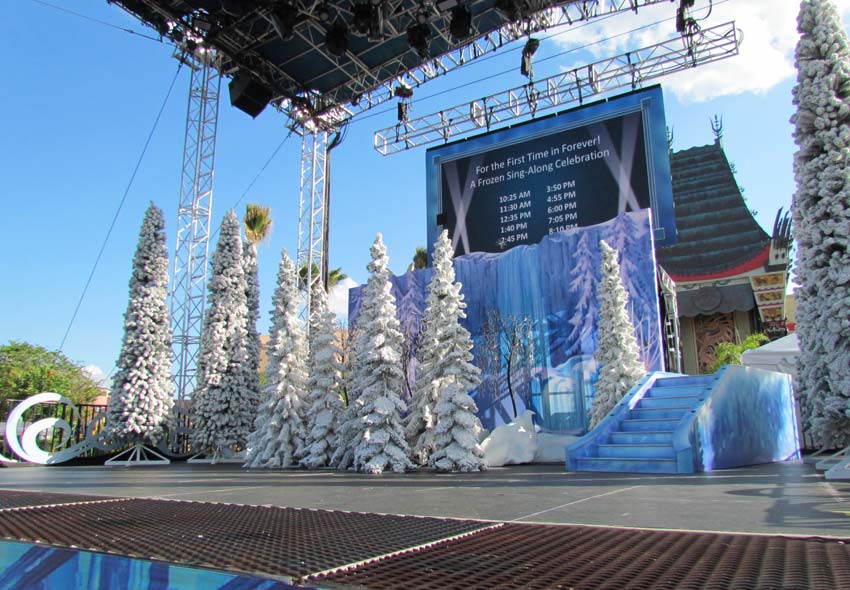 Just in time for “Frozen” Summer Fun, the popular show, For the First Time in Forever: A “Frozen” Sing-Along Celebration, moves into the beautiful Hyperion Theater (formerly Superstar Television Theater), located right in the heart of Disney’s Hollywood Studios. The Royal Historians of Arendelle host this fun and comedic retelling of the unique story of their kingdom, filled with delightful, sing-along moments from “Frozen,” plus all-new in-theater effects and special appearances by Anna, Elsa and Kristoff.

Head to the ABC Sound Studio for a screening of the new animated short “Frozen Fever,” along with a peek behind the scenes at the making of the film. After the sun goes down, DJ Chill and some favorite Disney Characters will take to the stage to host the “Coolest Summer Ever” Dance Party right in the center of the park. Use the special hashtag to share your song requests and photos to be featured onscreen.

You will want to stick around to see the amazing “Frozen” Fireworks. Anna, Elsa, Kristoff and Olaf come together at the Event Stage for a grand finale to the day’s festivities. Together they kick off an awe-inspiring “Frozen” Fireworks display set to the music of “Frozen” and, of course, a flurry of snow! 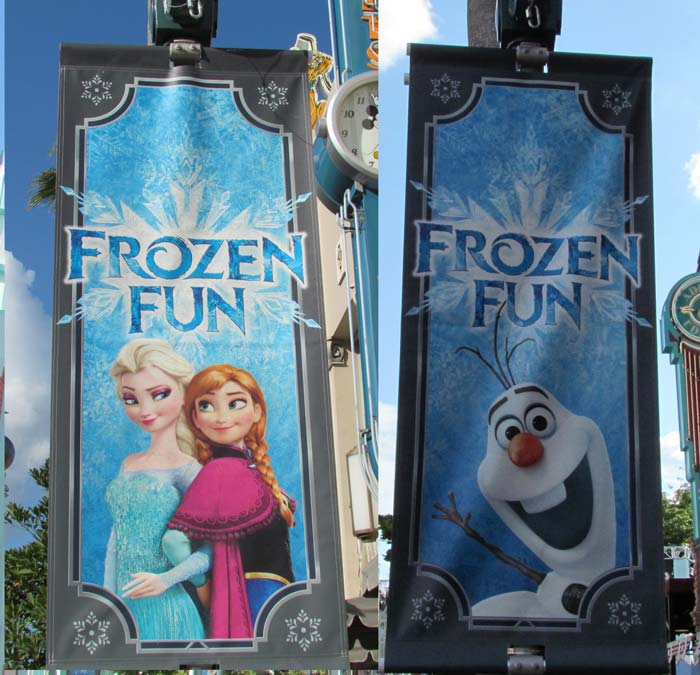