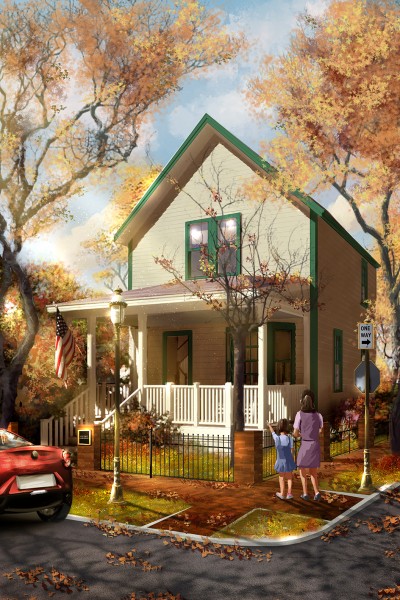 The fundraising campaign for phase 2 of the effort to restore Walt Disney’s birthplace is nearing its end. There are just 4 days left and the campaign is almost at its goal of $40,000. With your help they can finish the exterior restoration of the home where dreams were born.

Cool perks start at as little as $20, but they’ll accept any donation. The incredible perks include pins, shirts, paver stones, and even O-Zell Soda bottles (a soda company started by Elias Disney, Walt’s father) signed by Disney Legend Bob Gurr.

The phase two beautification of Walt’s Birthplace will cover installation of the front porch, rose gardens, picket fence, and the front door designed by Garner Holt Productions. But they need your help to push the campaign past its goal. As of press time, they have less than $6,000 to go to reach their goal.

Head to Indiegogo and donate today.