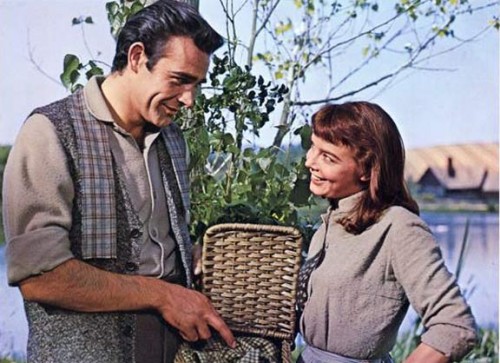 Get those magic wands out and dust off the DVR, this Sunday, March 15, Turner Classic Movies will host a new showcase of Treasures from the Disney Vaults in a day-long marathon.

Hosted by renowned film critic Leonard Maltin, the marathon will include the following treasures:

The Treasures from the Disney Vaults series is a result of the recent deal between Disney and Turner Classic Movies that includes the upcoming revamp of The Great Movie Ride at Disney’s Hollywood Studios at Walt Disney World.

“At TCM, it’s our mission to share and celebrate the greatest films of all time,” said Jennifer Dorian, general manager of TCM. “Disney provides the perfect relationship through which we can share the magic of the movies with every generation, not only through an amazing new showcase on TCM, but also through newly refreshed components of ‘The Great Movie Ride’ Attraction at Disney’s Hollywood Studios.”

For more information on the Treasures from the Disney Vaults marathon, visit tcm.com/disney.