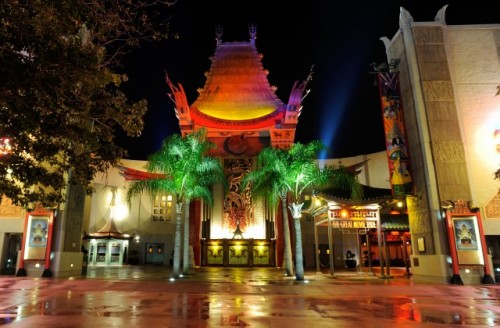 Whoa. Stop the presses. Sources are telling local news that Disney has made a deal with Turner Classic Movies that will involve Disney content appearing on the TCM channels and a makeover for the Great Movie Ride at Disney’s Hollywood Studios. Turner Classic Movies will become the attraction’s sponsor.

The initial changes will be mainly to the opening montage of movies and the final movie clips. No new show scenes are expected out of the gate. 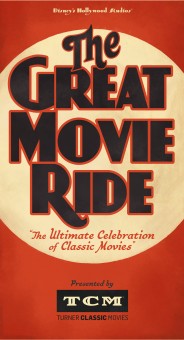 Disney has already announced that the Sorcerer’s Hat is coming down. A move that will once again reveal the beautiful facade of The Chinese Theatre, which now looks even more ‘Hollywood’ than the real thing out in Hollywood, CA. A new series of posters with Turner Classic Movies as the sponsor will be displayed.

Official word of the deal is expected as soon as today. Read about what we know so far at the NY Times. The programming ideas for TCM alone have me excited. Vintage Disney programming has been a huge request from Disney fans for a long time.

According to the NY Times story, the idea was suggested by an administrative assistant at TCM who “who returned from a visit to Disney World and suggested ‘that TCM and Disney would be great partners’ in revamping the Great Movie Ride,” A great idea that resulted in the assistant’s promotion!”

Other recent changes at the park include the closure of the Backlot Tour and the Jack Sparrow attraction. So we’re still waiting for the other shoe to drop when it comes to a major Pixar and/or Star Tours expansion. But in the meantime, it is always a welcome piece of news when the parks get a new sponsor.

Btw, I think this dispells the rumor that the Great Movie Ride was going away… at least for a few years.