Meet the cast from Pixar’s Inside Out 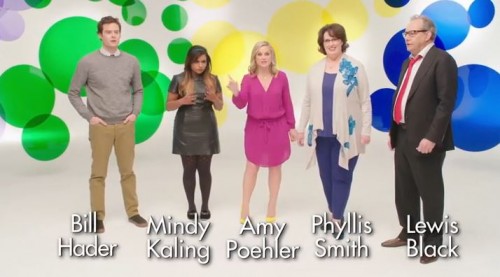 Meet the cast from Pixar’s Inside Out: Amy Poehler as Joy, Bill Hader as Fear, Mindy Kaling as Disgust, Phyllis Smith as Sadness, and Lewis Black as Anger.

Previously: Pixar’s Inside Out – Trailer 1 and Trailer 2.