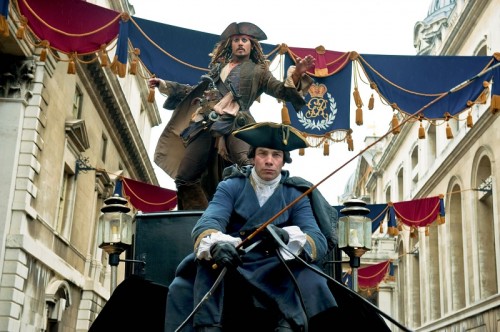 Captain Jack Sparrow himself, Johnny Depp, has been in Australia to participate in the filming of “Pirates of the Caribbean: Dead Men Tell No Tales,” but he has reportedly injured his hand in a way that requires surgery. Sources report that the injury did not occur on set.

The specific injury was not announced, but Depp is flying back to the states to undergo a medical procedure.

It’s not believed that the movie will be delayed. The production is already on a tight deadline with release scheduled for July 7, 2017.

Initial reports of the injury came from industry site TheWrap.