James Gunn on “Guardians of the Galaxy” as a classic film and his thoughts on the sequel(s). 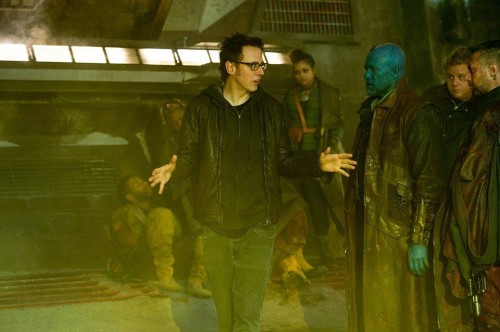 First off, we know there will be a sequel to the uber-successful film Marvel’s Guardians of the Galaxy, not just because the director James Gunn told us he started writing it the day after the movie premiere, but also because Marvel has included it in their schedule of movie releases between now and 2019.

We already know that Gunn wants to continue to explore the back-stories of the main group of five, but in a new interview with Entertainment Weekly, Gunn also mentions a few of the minor characters he’d like to do more with. Included are: Yondu and Kraglin, the Ravagers, Gamora’s sister Nebula and The Collector. I’d really like to see more from Nebula and I think The Collector would be a great character. How did he become the collector? which items did he personally procure, etc.

If you ask me any one of those characters would make an interesting film on their own. And that may, in fact, be part of James Gunn’s ultimate plan for the world of Guardians of the Galaxy. He doesn’t see it as a trilogy, but rather as a corner of the universe to be explored and the interesting characters who inhabit it.

There’s a lot more in the EW interview, including whether Gunn thinks Guardians is a ‘weird’ movie.

Previously: Pre-Order Marvel’s Guardians of the Galaxy on Blu-Ray, DVD, and in 3D!