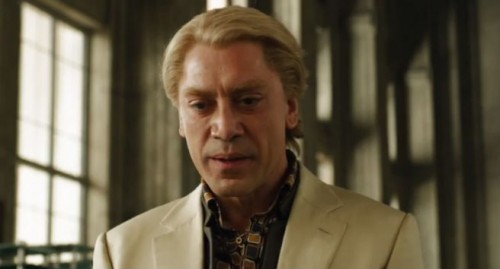 Javier Bardem is a Spanish actor known to US audiences for playing psychopathic bad buys. He won an Oscar for playing assassin Anton Chigurh in No Country for Old Men and was nominated by his peers for his role as the main baddie Raoul Silva in the 2012 James Bond movie Skyfall. His next villainous role may be for Disney.

If the Hollywood Reporter is to be believed, Bardem will be appearing as the bad guy in Pirates of the Caribbean: Dead Men Tell No Tales. Disney and Bardem are in talks for him to play the main antagonist in the film. Johnny Depp and Geoffrey Rush are already signed on to reprise their roles of Captain Jack Sparrow and Captain Barbosa respectively.

If Bardem is cast, he’ll be following in the footsteps of his wife. Bardem is married to Penelope Cruz, she was cast as Angelica Teach, daughter to Blackbeard, in Pirates of the Caribbean: On Stranger Tides. Who knows, maybe she might make an appearance too?

As we mentioned earlier Pirates V will be filming down under led by Norwegian directors Joachim Ronning and Espen Sandbreg. Their feature film debut, Bandidas, also stared Penelope Cruz. In 2012, they directed Kon-Tiki, which is a good sign they’d be able to handle a tent-pole production like Pirates V.

Pirates V is currently scheduled for a July 7, 2017 release (although I imagine that might get bumped up to capture more of the holiday crowd).