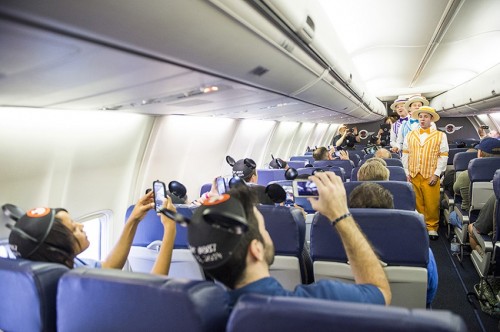 The passengers and crew of the first Southwest Air flight on their new route from Dallas to Orlando, were in for a big surprise… Walt Disney World flew in the Dapper Dans barbershop quartet and a “Jungle Cruise” skipper, plus a lot of special treats for the first passengers of this new non-stop route. The result was Disney Magic.

Everyone on board received special Mickey Mouse Ears and complimentary tickets to that night’s Mickey’s Not-So-Scary Halloween Party. That’s the way to kick off a vacation! It’s also a good sign for Disney and Orlando. More air traffic means more guests.

If you could have the Dapper Dans at your next birthday or anniversary, what song would you ask them to sing?