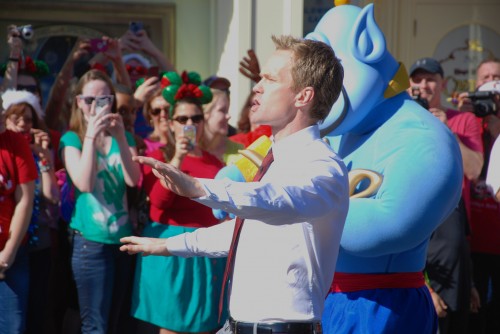 Neil Patrick Harris is about to give new meaning to the EGOT title. Usually that’s reserved for actors who win top awards in all four areas of the profession, Emmys for TV, Grammy for Music, Oscars for Movies, and Tony’s for stage. By adding the Oscar Host to his resume, Harris is just one show away from being the first person to host all four events. 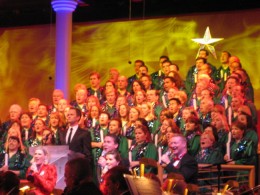 Depending on how you count, there are between 12 and 17 holders of the EGOT title. The most recent being Robert Lopez when he won an Oscar for Best Original Song “Let it Go” from Disney’s Frozen. Assuming Harris doesn’t fall flat at the Oscars (and I can’t imagine that happening), someone from the Grammy’s had better get his agent on the line asap and make it happen.

As the host of the Disney Christmas Day Parade, Harris is already an EPOT. Since he’s also hosted the Candlelight Processional, can we call him an EPCOT? My favorite role for Harris, and it’s hard to choose, was as Mark Cohen in the National Tour of RENT. I probably saw that performance 9 times, seven of them via the Rentline. Which NPH performance is your favorite?

Update: Article updated to reflect correction the G in EGOT is for Grammy, not Golden Globes. Oops. That’s what I get for typing when I’m tired.