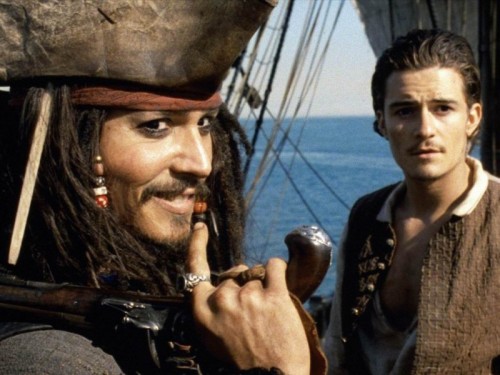 If you’re traveling through Queensland, Australia early next year, be on the look out for Pirates. Disney’s production of the fifth film in the Pirates of the Caribbean series will start production down under in February 2014.

Walt Disney Studios confirmed the production and the title of “Pirates of the Caribbean: Dead Men Tell No Tales.” Disney was lured to Queensland in part becasue of an $18.9 million grant from the government to the production. Plus there are other tax incentives.

Johnny Depp will return as Captain Jack Sparrow, but it’s unknown what other usual members of the cast will be making an appearance. For a while there was a rumor that Orlando Bloom would return. I would see that.

Jerry Bruckheimer is back on as producer and is said to be looking forward to Queensland’s scenic oceans, beaches, and jungles. Kon-Tiki’s directors Joachim Ronning and Espen Sandberg are also on board.

“This is a landmark deal with The Walt Disney Studios; this film will be the largest international feature film ever to shoot in Australia and will focus the world’s attention on Australia as a leading film destination,” Australian Attorney-General and Minister for the Arts, George Brandis said in a statement.

“Disney is pleased to be working with both the Australian Government and Queensland Government as we prepare to set sail on our next Pirates adventure,” said Philip Steuer, Senior VP Physical Production at The Walt Disney Studios. “Queensland has an incredibly diverse landscape and Australia’s robust entertainment industry and many accomplished craftsmen will provide a fantastic home base for our production.”

Look for a July 7, 2017 theatrical release date for “Pirates of the Caribbean: Dead Men Tell No Tales.”