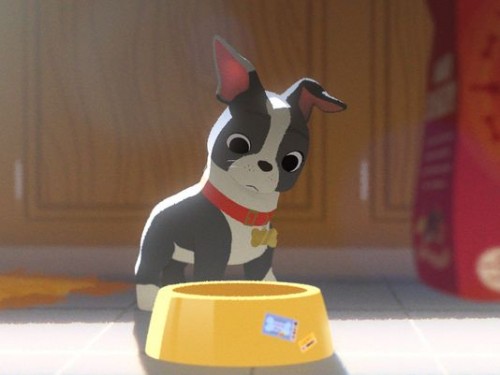 Disney continues to be one of the few studios that includes an animated short ahead of their animated features for each theatrical release. The animated short accompanying Walt Disney Animation Studios’ next release “Big Hero 6” will be “Feast.”

Feast will star a young Boston terrier named Winston and since yesterday was National Dog Day, Disney shared a few image of him with USA Today.

Feast is directed by Patrick Osborne. The short puts Winston in contact with a human named James when he is offered a french fry. From there a 12-year relationship grows and you see it all based on the ‘feasts’ the two share, some accidentally spilled — all from Winston’s perspective. 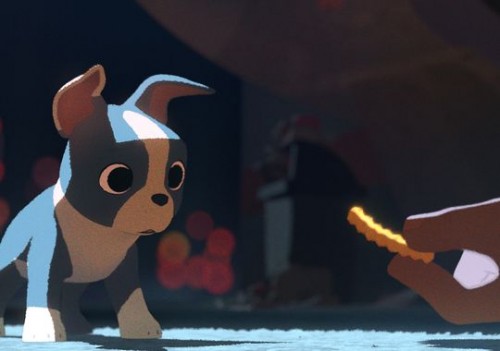 “Every relationship has something that starts it off, and in this case it’s food,” said Osborne. “I wanted to tell a life story of a man and the dog under the table through the meals they share. It becomes this story of love between a dog and owner.”

Isn’t he a cute pup?

Read the whole interview with Osborne at USA Today.