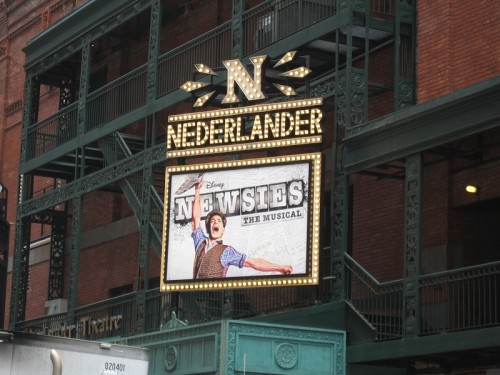 Newsies had a long path to success. The idea of moving it from film to stage took a lot of effort, but to the acclaim of fans everywhere, eventually it got done. From a workshop at the Papermill theatre, to a limited 8-week engagement on Broadway that grew into two years. It’s been Disney Theatrical’s surprise hit of the Great White Way. Even picked up numerous awards along the way, including two Tony’s.

But alas, all good things must come to an end. And now the Newsies are leaving the Nederlander theater for a nationwide tour. But before they left to seize the day again, they took one last curtain call.

Here it is for all of us who missed it.

Newsies will now hit the road beginning this October. Check out the list of cities below the jump:

Are you planning to see Newsies when it comes to a city near you?