Once Upon a Time in Wonderland 1-12 Preview: To Catch a Thief 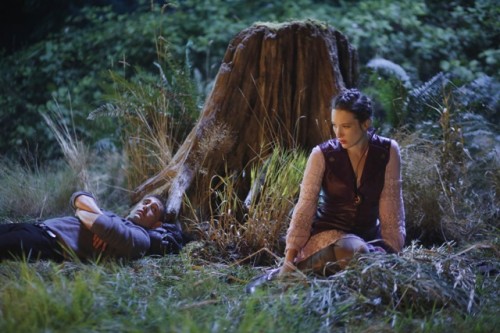 What an ending last week. It took me a good five minutes to get over the shock of what happened. I feel like I should have seen it coming, but I didn’t.

And yes, I’m being vague here in case you haven’t seen it. It really is a moment best seen unspoiled.

So where does it leave us this week? Well, Knave is going to be attempting to work with Jafar. Crazy, right? But that’s pretty much what we’re left with if he has any hope of getting what he wants. But that is going to strain his relationship with Alice since he will be trying to steal something that Jafar needs from Alice.

Meanwhile, I think a burning question from last week’s flashback will be answered. Knave is going to be hunting Alice in the flashback as well so he can at least control his own heart.

In other news, Jabberwocky is going to try to get free of Jafar as well.

Things are definitely heating up, which makes sense since this is the penultimate episode of the show. I can’t wait to see what happens Thursday at the usual time.  Next week’s finale looks to wrap things up, and I’d be surprised if it gets renewed for any more episodes (although stranger things have happened).

After the show airs tomorrow night, head on over to Carstairs Considers to discuss the episode.