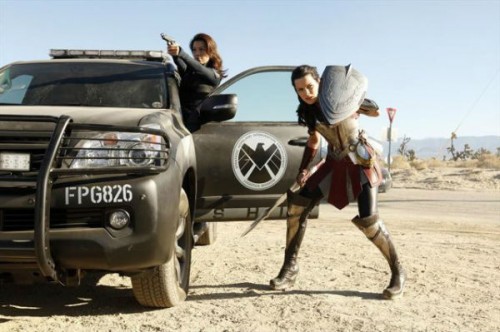 Coulson tries to stop his team from injecting Skye with the mystery liquid but doesn’t make it in time. After a momentary seizure, Skye seems to have stabilized and is a little farther away from the edge of danger.

The episode ends with a tease to this weeks villainous, Lorelei, and her seductive powers.

Marvel has released some more clips that continue her storyline as well as introduce Lady Sif to our team of agents.

See also this clip on Comingsoon.net.

The episode seems to be a deviation from the overall story arc they’re building up, but in the spirit of #everythingisconnected, I think we’re going to see character development by putting Ward and May’s relationship in the fore-front of the episode rather than plot development.

I’m looking forward to seeing Lady Sif interacting with Migardians, how about you?