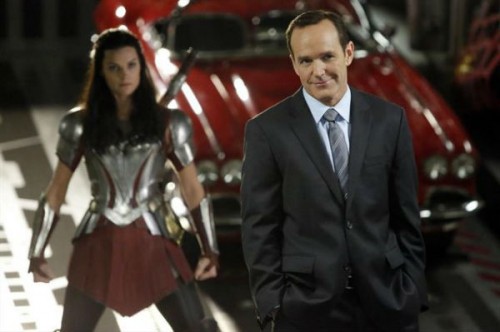 Titled “Yes Men” the episode will also spotlight the Asgardian villain Lorelei (played by Elena Satine). In the comics, she is a villain in love with Thor, and has helped Loki trick Sif numerous times. According to the press release, the storyline from the episode has Lorelei attacking Agent Coulson and his team, and Thor’s Lady Sif, her longtime nemesis, steps in to try to save them.

ABC has released some teaser photos from the episode, featuring Jamie Alexander reprising her movie role of Lady Sif. Here are a few of those showing the Asgardian interacting with the Agents of S.H.I.E.L.D.: 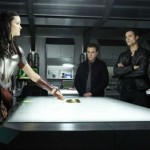 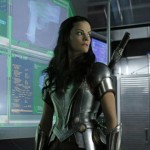 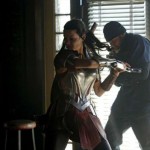 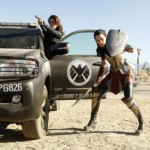 (All photos courtesy of ABC/Kelsey McNeal)

previousIdina Menzel, Jimmy Fallon & The Roots perform “Let It Go” from Disney’s Frozen
nextOnce Upon a Time in Wonderland Preview: 1-9 – Nothing to Fear