Once Upon a Time in Wonderland Preview: 1-9 – Nothing to Fear 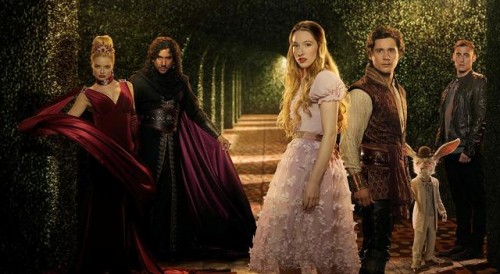 After a very long hiatus (beginning of December) we are back with the first of what look to be the final 5 episodes of Once Upon a Time in Wonderland. As long as they successfully wrap up the story arc, I’ll be happy. I know the ratings haven’t been that strong, so I’m just happy that ABC stayed true to their word and brought it back this week.

Especially after that cliffhanger! I really couldn’t believe it when Cyrus wound up freed from the bottle and Knave became the genie. This will undoubtedly have some major implications for the remaining episodes.

This week, Alice and Cyrus are going to reluctantly team up with the Red Queen to try to track down Knave. It won’t be easy since there are people out there who will want their revenge now that the Red Queen doesn’t have any power. Meanwhile, Knave will be granting wishes to the first person who finds him (and no, it isn’t Jafar).

Speaking of Jafar, he’s about to unleash a classic Wonderland creature.

I have a feeling we will be in for a wild ride these last few episodes, so be sure to tune in Thursday night at 8PM and then check out my recap Friday at Carstairs Considers.