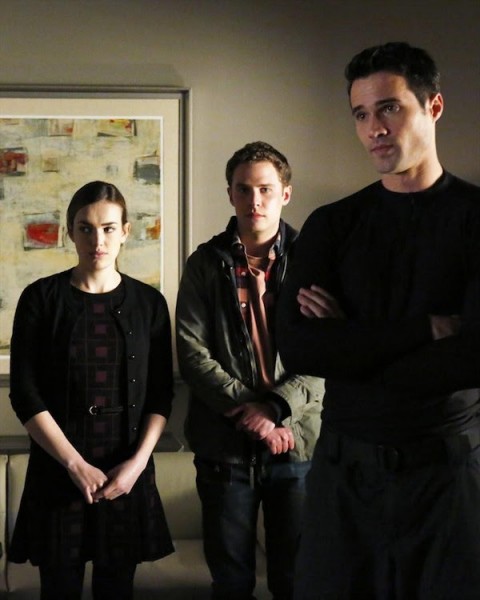 Ok, Awards Season is over and the Olympics are over, so, hopefully that means we will be getting more than one new episode of AoS a month. On the one hand, the show has been trying to build momentum but keeps getting stopped abruptly for weeks at a time which is frustrating considering the uphill battle it’s engaged in for viewers. On the other hand, I am more excited about the back half of this season now than I was at the mid-season break, in large part, because of the past three episodes.

So, welcome back to Level 7…again.

This week, Coulson and his team enlist the help of Ward’s former S.O. in their attempt to save Skye. ABC has been teasing Bill Paxton’s role as John Garrett for a while now and we finally get to see his multi-episode story arc.

Marvel released a short clip from the episode that shows our rescue team in action.

As well as the first few minutes of the episode so we get an idea of Skye’s condition (spoiler alert: it’s not good).

In the course of the episode, more secrets will be revealed including, hopefully, why the title of the episode makes reference to Coulson instead of Skye. Perhaps Skye has a ticket to the Magical Place like Coulson? 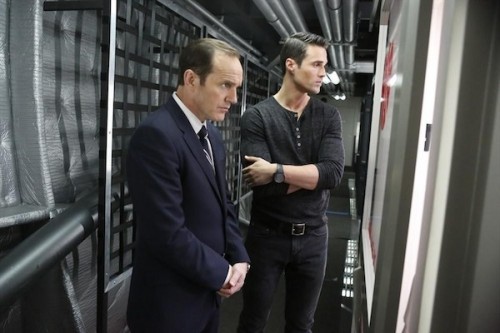 Finally, what about #Uprising coming to Agents of S.H.I.E.L.D.? This 30 second TV spot that ran during the Oscars is intriguing.

I’m looking forward to what looks to be an amazing run up to the conclusion to season 1. How about you?

previousABC to Premiere ‘Marvel Studios: Assembling a Universe’ Special on March 18, 2014
nextPostcards from the Disney Edge