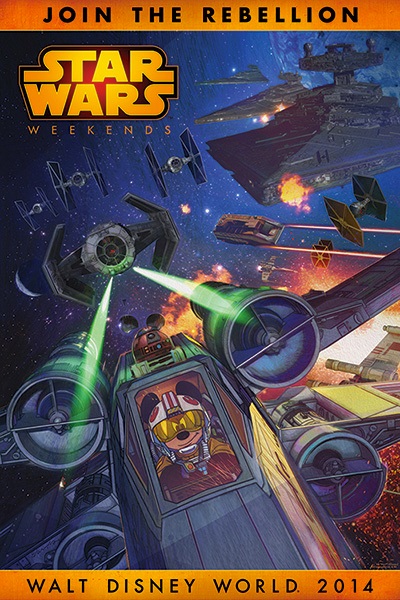 Netflix began streaming the entire Clone Wars series this weekend, including a final, unaired season called, “The Lost Missions.” I’m looking forward to this because I don’t have cable and couldn’t follow the show while it was on, so expect me to lose more than a few hours of sleep playing catch up.

(As a bonus: here’s an interview with supervising director, Dave Filoni, about ending the series and what to expect from the final season on Netflix)

The Star Wars has been releasing a lot of videos recently to promote the new animated show, Star Wars: Rebels – the most recent set have been teasers for the show itself. I’m looking forward to the show but, again, no cable, so I’ll have to find some other way to enjoy it.

Word continues to leak out on filming of Episode VII over in London. As reported on Slashfilm, Princess Leia, aka Carrie Fisher, let it slip that she’ll be in London for 6 months for filming. Also Zac Efron hinted that he too has a been cast with a part in the movie.

No word if Billy Dee Williams will bring Lando Calrissian back in Episode 7, but he will be Dancing With the Stars on ABC.

The last bit of news that was announced recently is that Walt Disney World is adding a fifth weekend to their Star Wars Weekends and a new fireworks show to go along with it. There will also be a new merchandise event on May 15, right before the weekends officially start. Attendees will get to enter the Darth Mall one day early and there will be exclusive merchandise for that day only.

I am very interested in seeing how they begin tying in the new Rebels show into the weekends.

That’s all the news for now, if you need me, I’ll be trying to watch six seasons of The Clone Wars over the weekend.

previousTV Preview: Once Upon a Time 3-12 – New York City Serenade
nextLook What Arrived!