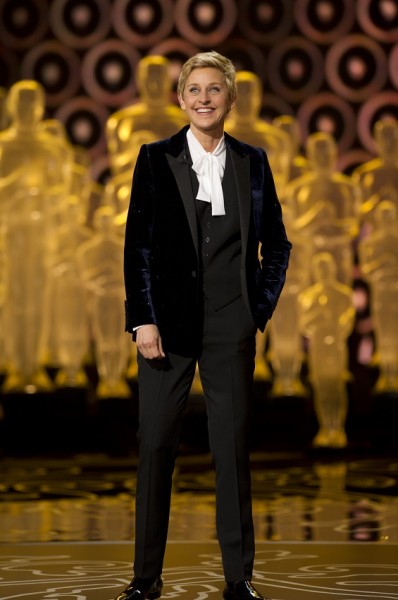 The Walt Disney Company did not take home the most Academy Awards last night, not by a long shot, but they should feel very good about the awards they did receive. Frozen took home Best Animated Feature and Best Original Song. Both very well deserved.

They also would have been in the running for best acceptance speech, if there was such an award, when songwriting due of Kristen Anderson-Lopez and Robert Lopez accepted their award for “Let it Go” in rhyming verse. 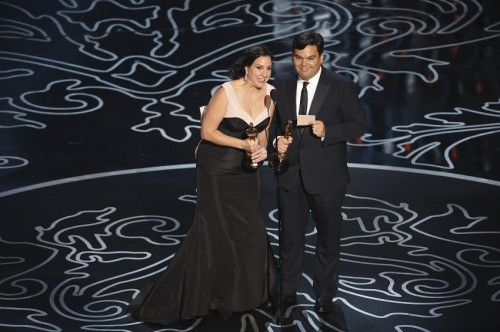 It is the Walt Disney Animation Studios first Oscar win for Best Animated Feature Film (the category was first awarded in 2002). Pixar had won 7 of the awards and Studio Ghibli (distributed by Disney) one. But this is the first time Disney’s original animation studio managed the honor.

Perhaps Disney’s biggest disappointment of the night was being passed over for Best Animated Short. The innovative “Get A Horse” did win the Annie award for best animated short film. That is is usually a sign that it would win at the Oscars. But it was not to be. I was also a little disappointed with the performance of Adele Dazeem for the ultra-fast uptempo rendition of “Let It Go” from Disney’s rendition. Really, I feel sorry for Idina Menzel, who has a great voice and is a talented actor on stage and screen. I hope she gets a chance to shine again in a future Oscars telecast.

One last potential win for Disney was the ratings on ABC. I thought the generally affable Ellen DeGeneres did an above average job as host. The show did drag on and I would rather have had a big production number or two instead of the weary joke about ordering pizza for everyone. Still, I’d rank it up there in the top half of ceremonies over the last 15 years.

Who gave your favorite acceptance speech? What did you think of last night’s show?