Star Wars – The Galaxy Is Not So Far Away Anymore

Editors Note: Chris has added Star Wars to his beat here on The Disney Blog. His first post is a look at what has transpired since Disney’s acquisition of Lucasfilm. 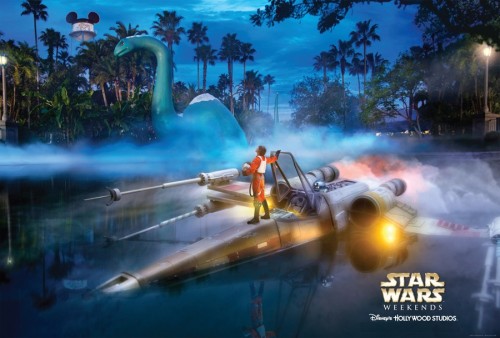 It has been very interesting to watch and compare Disney’s acquisition of Marvel and Lucasfilm.

When Disney bought Marvel, not much changed. Marvel kept making comics and movies without much interference from the Mouse and the only cross-pollination that happened was the Avengers: Earth’s Mightiest Heroes cartoon that aired on the Disney Channel (oh, how I wish it still did).

Only in the past year or two are we seeing more active Disney-Marvel relations, from the Avengers in the parks to the new Disney Kingdoms comic line.

In contrast to that, as soon as Disney’s acquisition of Lucasfilm was announced, so was a new trilogy of movies (the fabled episodes VII, VIII, IX) and promises of multiple spin-off movies.

Shortly after that, they cancelled The Clone Wars cartoon in favor of their own animated show, Star Wars: Rebels.

Then, they made two very controversial decisions (though, honestly, both make sense from a business perspective). The video-game division of Lucasfilm was shut down and the Star Wars comic titles were transferred back from Dark Horse to Marvel.

They are moving at a much faster pace than they did with Marvel, probably because Marvel was making more money for them. Let’s be honest, except for its legacy, Star Wars didn’t have much going for it. Other than The Clone Wars and merchandising, their biggest project in the past decade was Star Tours: The Adventure Continues.

A lot of fans voiced criticisms that Disney was going to ruin Star Wars (because apparently Disney ruins everything it touches, like when they ruined Marvel, oh, wait….) and my response was, “Does anyone not think that Star Wars needed a new direction?”

So, that’s my question: how do you feel about what Disney has done with Star Wars so far?