Castle Preview 6-17: In the Belly of the Beast 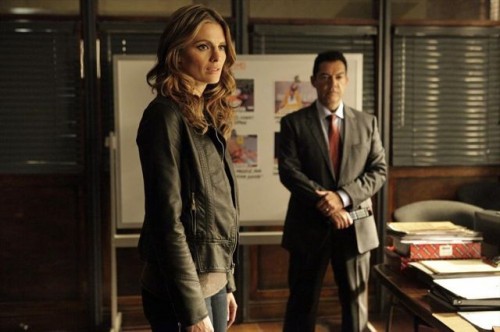 So last week in my preview, I gave up trying to guess when we’d see and hear more about Alexis, and low and behold, there she was. Frankly, I thought her sub-plot, all three scenes, were the best part of the episode last week. Of course, that was because it gave us lots of character moments, and I just love how they’ve been developing the characters in the second half of the season.

But tomorrow night we’re off on a serious life and death case.

Beckett is asked to join a narcotics investigation, but when things go south, she winds up on her own struggling to survive. I’m sure Castle and the rest of the precinct will be doing everything they can to save her, but any time the show features an undercover operation gone wrong, it winds up being a more intense episode.

So hang on to your seats at the usual time on Monday, and I’ll see you over at Carstairs Considers with the recap.

previousEPCOT Story: The Gift of Light
nextStar Wars – The Galaxy Is Not So Far Away Anymore