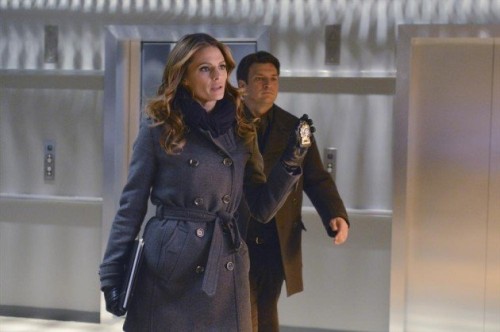 There is no such thing as an easy case on a TV show. If there were, there would be no episode. So if Castle and Beckett knew they were on a TV show, they’d be very suspicious with the opening of Monday night’s all new episode.

Why do I say that? Because it sounds like within the first few minutes, a woman is going to walk into the police station and confess to the crime. And she isn’t just some crazy because she knows details only the killer would know. It’s all solved, right? It appears that way until someone else confesses.

This sounds like a very fun episode, and I can’t wait to see how it all plays out. Why are these people confessing? That will be just as good a mystery as who actually committed the crime.

Sub-plot news? I’ve got none this time around, and I’m going to stop speculating. They’ll give us more with Alexis and Martha when they are ready. I do hope it is soon, however.

See you Tuesday night at Carstairs Considers to discuss the episode.