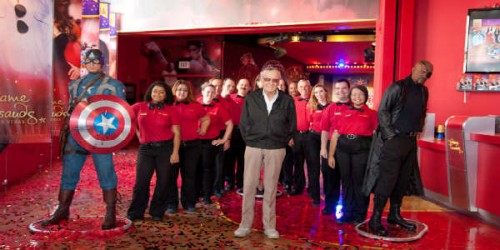 The creation of the figures began in 2012 and they were brought to life by a team of sculptors who worked closely with Marvel. As with all Madame Tussauds figures, these superheroes are “true to life” to the dimensions of the actors and costumes featured in the blockbuster Marvel films. 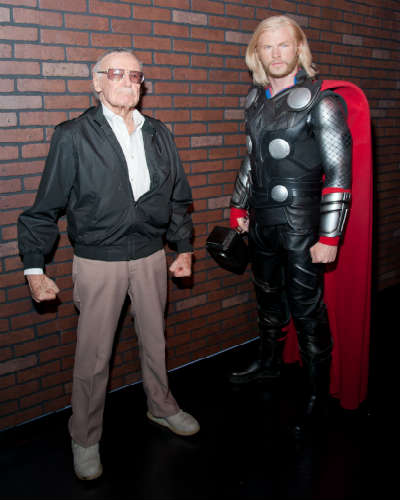 The exhibit also includes the new Marvel 4D Theater, where you don’t just watch the dynamic Marvel Super Heroes 4D film. In addition to 3D effects in the film, the theater is equipped with sensory special effects, from water sprays and smoke clouds to tremors beneath the feet.

These effects help tell the story, which unites a crack team of superheroes including Hulk, Spider-Man, Wolverine, and Iron Man in a battle against one of Marvel’s most notorious villains in an action packed adventure set in Las Vegas. 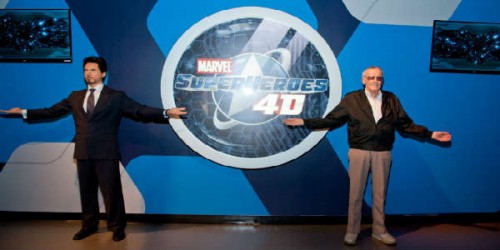 All of this is included in regular admission, and you can save 20% if you book your tickets online in advance. Madame Tussauds plans to rotate the figures, for instance, Captain America may leave to promote his upcoming film, but another figure will take his place.

Madame Tussauds Las Vegas is located in front of The Venetian resort on the Las Vegas Strip, and features eight unique rooms including the amazing Marvel Super Heroes 4D Experience. You are allowed to take pictures with the wax figures during your visit. For more information, visit MadameTussauds.com/LasVegas.