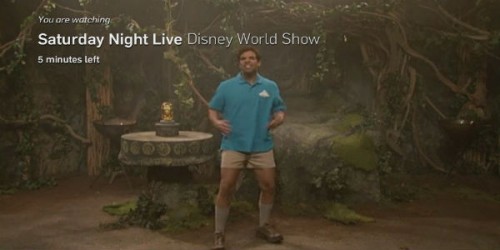 Musician Drake hosted the January 18, 2014 episode of Saturday Night Live, and one of the sketches was set at Disney’s Hollywood Studios.

Drake played an enthusiastic cast member at the Indiana Jones Stunt Spectacular, who meets an audience volunteer who doesn’t speak English. As things don’t go quite as scripted, the cast member is left to heavily improvise during the show.

It’s actually quite amusing and you can watch the clip here, courtesy of Hulu: