Frozen Sing Along Coming to Theaters on January 31st 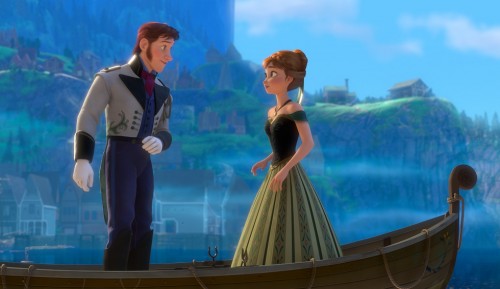 This was bound to happen, was it not?

Disney just announced that the box office juggernaut will be revamped in select theaters as a sing along version. The regular film will play with the words and a bouncing  snowflake accompanying them to encourage singing throughout the film!

I know I will be planning a trip to the theaters with my friends to watch this version of the film!

Now that this is coming, it brings up a possible question…should these take the place of the failed 3-D releases? Personally, being able to see The Little Mermaid or Lady and the Tramp surrounded by tons of people singing along, while also being able to see the classics on the big screen, would get my into the theater.

Let me know if you will be returning to see the sing along Frozen and if you would be interested in seeing more singalongs of classic Disney films. Until next time…Have a Magical Day!