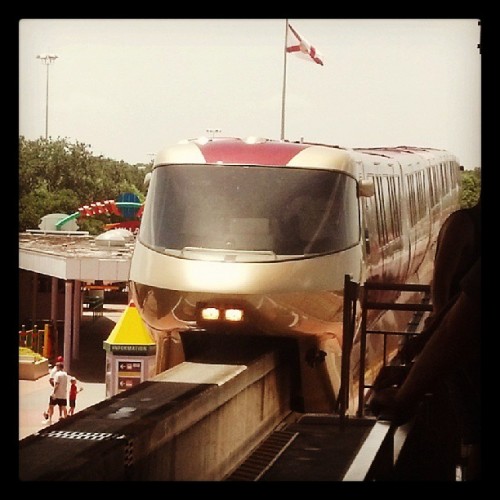 Ever since my first ride on the monorail at Disneyland I’ve had a fascination with Mass Transit. A ride on the PeopleMover energized my idea of personal rapid transit the same way. Unfortunately, I’ve been disappointed by the lack of wider adoption of these technologies beyond the gates of Disney and even at Disney itself. I’m told the bus system for Disney resort guests drives more guest complaints than any other part of the resort experience..

Recently, I proposed a few potential solutions to solve the problem of Walt Disney World’s boring and inefficient transportation system.

Gondolas – the most affordable solution.

But there’s been recent action on the one solution I think is most likely, and possibly most affordable for Disney – The Google Self-Driving Car. 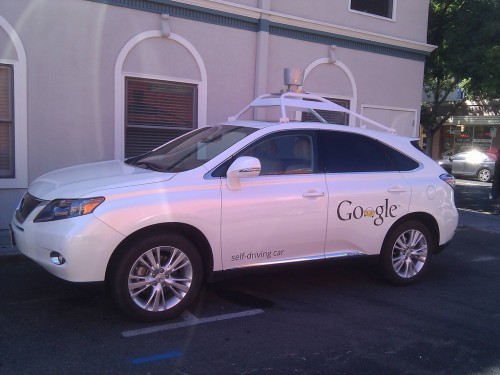 Google has just announced that they’ll be developing their own car with Google Self-Driving Car technology built in. The plans are for it to operate as a taxi service, at first with a person in the drivers seat who can take over if needed, then later with no one in the driver seat, or perhaps no driver seat at all. For as you can see in the photo above, once the LIDAR technology is set on top and a few cameras and optical devices are added on the front and back, there really is no requirement for the size or look and feel of the car other than it have wheels of some sort.

In fact, if they wanted to, they could build something more akin to a beefier version the Heathrow Airport Driverless Podcar. The only difference is that with Google Self-Driving Car technology, the podcars wouldn’t need their own separate track, they could run right on the regular roadway. Rail or monorail beam construction is a large expense when it comes to mass transit and one of the reasons Disney has decided to invest in more buses instead. 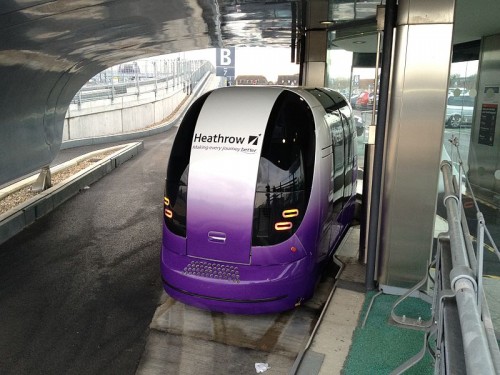 It’s likely that major parking lots would be shifted to the periphery of the resort, but no matter where you parked, a Disney shuttle with Google Self-Driving Car technology would be waiting at a nearby station to whisk you away to your preferred destination.

Google Cars would be a huge win for Disney on multiple levels. Having this on-demand travel would eliminate the huge guest satisfaction issue the current bus system engenders. Resort guests would be more likely to travel to other parts of the resort at night driving up spending. If one Google Car went down, it would only reduce capacity by 4 to 8 passengers as opposed to 42 on a bus.

But most of all, it would make transportation at Disney World cool again.