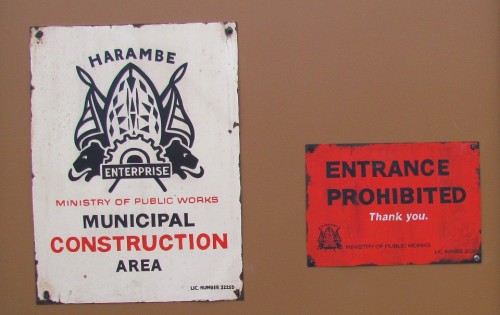 Peeking over the construction walls, we can now see the first bits of vertical construction for the Festival of the Lion King’s new home behind Tusker House restaurant in Africa. It’s uncertain if what you see is part of the new theater, or some other building that’s not on the plans originally submitted for the move. I couldn’t get a clear picture, but there is also significant work adding walkways and some lower outbuildings around the river. Guests will enter to see the show in Africa around the Tusker House, but the queue and exit flow will go all the way down to the left, over a bridge and back onto Discovery Island.

Just a short update, but clear sign that progress is being made toward the addition of Avatarland.