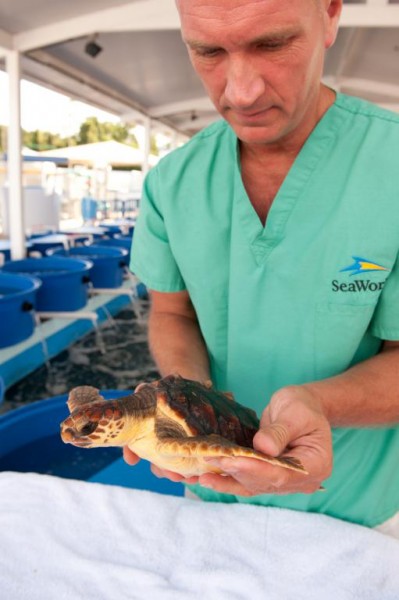 SeaWorld Parks & Entertainment has had a bit of a rough stretch recently. They had to report lower attendance numbers vs their competitors in Orlando (resulting in a drop in profits) and have had to content with a one-sided documentary that has helped stoke the fire of those who oppose SeaWorld’s conservation minded theme parks. SeaWorld hasn’t exactly been on the offensive either, preferring instead to let their brand defenders speak for them and to continue performing the sort of good deeds their theme park profits support.

A new web series “Voices of SeaWorld” interviewed more than 60 zoological professionals across the U.S. including trainers, keepers, veterinarians, scientists and rescue experts, as well as conservationists and educators who work closely with SeaWorld. In the series you will hear directly from the people whose work and passion for animals illustrates SeaWorld’s commitment to preserving the world we share.

In the first episode, the SeaWorld team discusses “The Mission of SeaWorld.”

Frankly, I hope SeaWorld decides to talk a lot more about the good they’re doing. This series shows how dedicated men and women can make a difference caring for, studying, rescuing and conserving marine animals. It would not be possible without the parks and entertainment side. As long as they continue to make that point, the parks will survive.