As ABC Family gets ready to premier the final season of one of it’s biggest hit shows The Secret Life of the American Teenager, the network is also gearing up to debut a new line up this summer.  It has been officially announced that ABC Family has picked up two new series, Twisted and The Fosters. 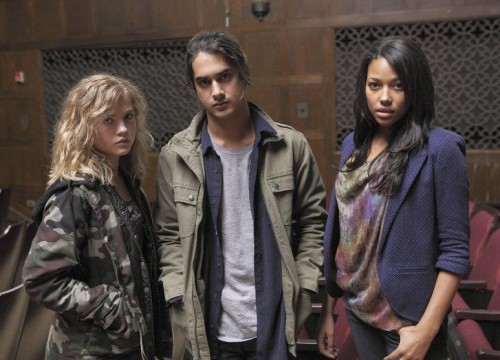 According to the ABC Family Blog, Twisted is a one-hour mystery centered on a charismatic sixteen year-old, with a troubled past, who recently reconnected with his two female best friends from childhood. He becomes the prime suspect when a fellow student is surprisingly found dead in her home. The series will be executive produced by Gavin Polone (Gilmore Girls, Zombieland, Curb Your Enthusiasm, My Boys, Jane By Design), David Babcock (Brothers & Sisters) and Adam Milch (Greek), who also wrote the pilot. The drama stars Avan Jogia (Victorious), Maddie Hasson (The Finder), Kylie Bunbury (Prom), Kimberly Quinn (Terriers), Sam Robards (Treme, Gossip Girl) and Denise Richards (Two and a Half Men). The series is produced by Prodco, Inc. 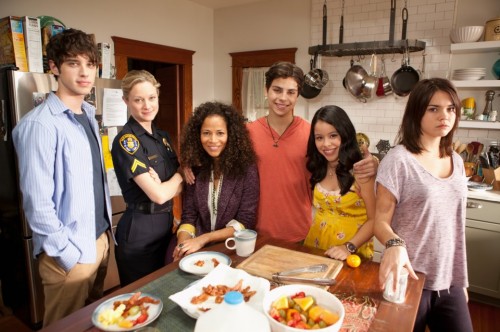 According to the ABC Family Blog, The Fosters stars Teri Polo (Meet the Parents), Sherri Saum (In Treatment), Jake T. Austin (Wizards of Waverly Place), Hayden Byerly (Parenthood), David Lambert (Aaron Stone), newcomer Maia Mitchell (star of Disney Channel’s upcoming Teen Beach Movie), Danny Nucci (Titanic) and Cierra Ramirez (The Secret Life of the American Teenager). The series is a one-hour drama about a multi-ethnic family mix of foster and biological kids being raised by two moms. From executive producer Jennifer Lopez, (American Idol, What to Expect When You’re Expecting, The Back-Up Plan), The Fosters is created by Bradley Bredeweg and Peter Paige (Queer As Folk), who will also serve as writers and executive producers. Joanna Johnson (Make It or Break It), Simon Fields, Benny Medina and Greg Gugliotta will also serve as executive producers. The series is produced by Nuyorican Productions, Inc., and Prodco, Inc.

What do you think about the two new additions to ABC Family?