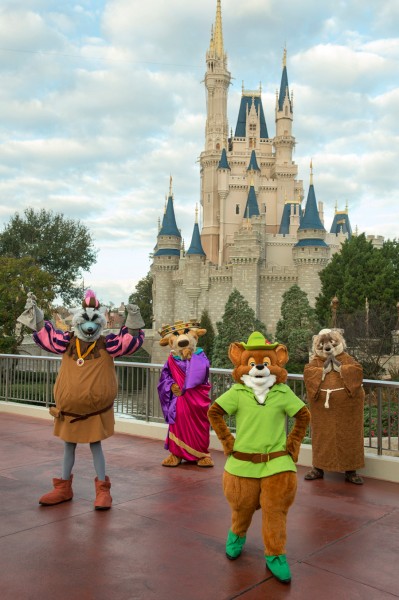 Over at Disneyland there are two on-going Limited Time Magic events. The Salute to the Golden Horseshoe Revue continues as does Bayou Bash. I’ve been reading reviews of the Horseshoe tribute and they’re almost uniformly positive with great things to say about the performers. If anything guests want to see more, which I think is a good sign for bringing back a show like Golden Horseshoe Revue… even if it’s a twice a night show with a prix fix menu like they did for the AP dinners.

You can tell the revival is a thing of love. It also includes some direct ties to the original show:

On the east coast we’re getting our third unique limited time magic opportunity. This time it’s one of the per-announced events. For one week, January 21–27, guests will want to keep their cameras ready for the chance to meet rarely seen classic characters like Clarabelle Cow and Horace Horsecollar, Robin Hood and Friar Tuck. Also on tap for appearances are the Three Little Pigs.

If you’re in the parks watch #LimitedTimeMagic on Twitter for the latest updates. 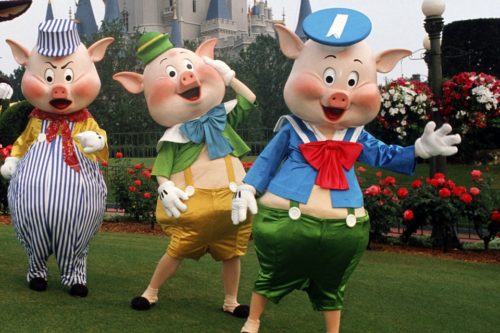 Disney also sent out an email to it’s passholders with a few more dates for future Walt Disney World Limited Time Magic events. In theory you can not book vacations knowing what to expect. I’m not sure why they’re not announcing more of these events ahead of time for this exactly reason.

Independence Week July 1-7, 2013
The 4th of July is seven days long this year as Disney salutes America with a spectacular 4th of July Fireworks Party at the Magic Kingdom. Everything will be red, white and blue, from the fireworks and Cinderella Castle down to special-edition U.S.A. shirts, ear hats and other patriotic souvenirs.

Unleash the Villains Friday, Sep 13, 2013
The Disney villains are so excited about Friday the 13th, they’re taking over Disney’s Hollywood Studios®! Join in the fun for a night of mischief and a villainous dance party that will last until the 13th hour (1 a.m.).

Disneyland has also announced this event for DCA:

Celebrate the Year of the Snake when Happy Lunar New Year Celebration returns as part of “Limited Time Magic,” February 8-11. Lunar New Year is a time when Chinese, Korean and Vietnamese cultures celebrate the sun and moon beginning their journeys for another year. From 10 a.m. – 5 p.m. each day in the Pacific Wharf area of the park, guests will enjoy unique cultural experiences, flavorful food offerings, unique merchandise, and colorful performances from dancers, musicians, and martial artists. Some of

I will say that this week’s offering at the Magic Kingdom is more along they lines of what I expected. I’m not sure how many characters will be in the park at one time, but as long as the encounters are relatively plentiful, then I think it will be a good thing.

I still don’t see this as a reason to plan a Disney vacation unless you know in advance what is happening that week. The vague promise of ‘something cool’ is such a minor upgrade to the WDW experience that I doubt it makes a big difference as to whether a family comes this year or postpones for another year when perhaps the promotion is better.

previousThis month’s TDB Master Tweeter is…
nextOnce Upon a Time 2-12: In the Name of the Brother