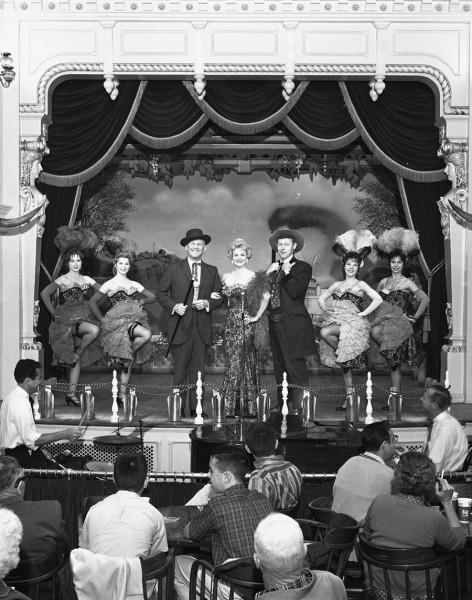 The first Limited Time Magic promotion rolled out at Walt Disney World this week with a small show at the Magic Kingdom where New Year’s Eve Countdown is recreated a couple of times a night. It’s nice, but not what most people were expecting from the promotion. We’ll probably hear on Friday what promotion will be coming for next week in Orlando. Disneyland weakly claims that the Three Kings Day promotions are part of the Limited Time Magic promotion, but it was announced as coming anyway. So that’s not that exciting either.

We do know what coming to Disneyland next week. Beginning January 10th and playing for a limited Thur-Sun schedule through February 4th, a special tribute to the original Golden Horseshoe Revue will return to Frontierland. Obviously, without the original talent of Betty Taylor, Wally Boag and Fulton Burley the show wouldn’t be the same. But I rewatched a few of the old recordings and think it would hold up today with a few changes.

Note: Reservations for each days shows can be made at the Golden Horseshoe itself each day. It also sounds like there is a special dining package for APs.

Here’s one of the few full show recordings available on the net right now. It’s a special 1982 production with the B-Cast and the last appearance from Ron Schneider who was leaving to go make an impact in Florida at EPCOT as the Dreamfinder.

Variety shows used to be a staple of Disney theme parks and I’m hoping that the crowds will justify Disney investigating bringing similar shows back to the parks.