Earlier this week, runDisney made another exciting announcement, this time revealing the course for the Disneyland Half Marathon to be held on September 2, 2012. Although the majority of the course remains unchanged from years previous, there is an exciting new turn early on that appears to have runners going through the new Cars Land area in Disney California Adventure Park. Unfortunately however, it does appear that there is less running in Disneyland in order to compensate for the added distance through California Adventure.

Here are the two course maps for comparison: 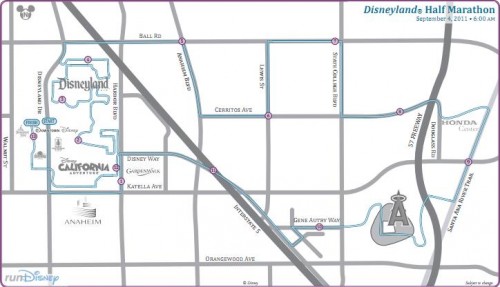 Other highlights for the 2012 course will include running through Angel Stadium, as well as starting and finishing by the Disneyland Hotel and the Downtown Disney district. Will you be running the Disneyland Half Marathon this year? What do you think of the course changes for this year?