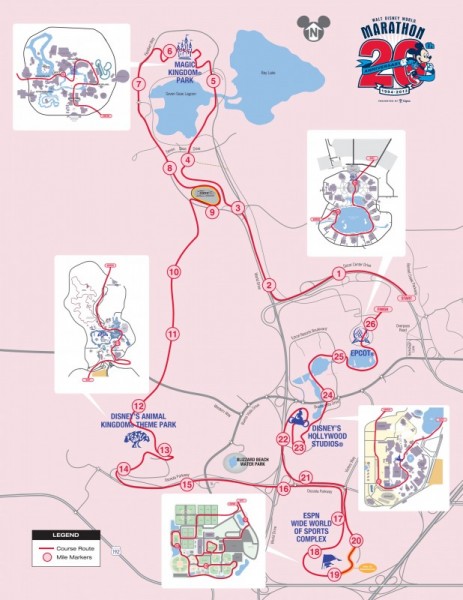 As soon as WDW Marathon weekend 2012 came to a close, runDisney has been hinting that the Walt Disney World Marathon in 2013 will have some big surprises in store for those ready to “go the distance” and tackle the 26.2 mile race on its 20th anniversary. Today, runners all over the world are excited to have some of those big surprises revealed, thanks to a special video run-through of a new course created for this special event.

Some new highlights of the new course include running on the race track of the Walt Disney World Speedway, as well as through Champion Stadium at the Wide World of Sports Complex. Champion Stadium, while known to most as the center of spring training for the Atlanta Braves, will also be the center of the “Mile 20 Spectacular” for the 20th anniversary race. Although the mile 20 celebration isn’t described in great detail, some special on-course entertainment is alluded to in the video.

Will you be going Goofy, or is 26.2 enough for you? Personally, I think I’ll be sticking with the Half-Marathons for the moment, but a girl can dream about going Goofy one day…