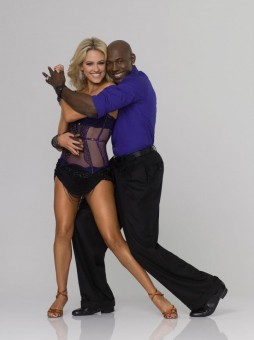 The man was on a mission to win the mirrorball trophy. His determination could not be stopped. Beating out the technically brilliant Katherine and Mark, Donald Driver and Peta Murgatroyd were crowned champions of the ballroom on last night’s “Dancing With the Stars” finale.

After watching this season’s eliminated contestants come back to dance one final time, we saw performances from Kelly Clarkson and Gladys Knight. The three remaining couples each danced a perfect scoring last dance for the judges. William and Cheryl performed another sexy salsa, Katherine and Mark dazzled with a jive, and Donald and Peta heated things up with a cha cha.

William and Cheryl were revealed to be in third place, which left Katherine and Mark and Donald and Peta on the dance floor with the trophy within reach. It was Donald and Peta who came on strong at the end, peaking at the right team to win it all. What a conclusion to a thrilling season of competition!

I’m super excited for the upcoming all-stars season. I can’t wait to see who makes a  return trip to the ballroom. I’ll definitely be watching!