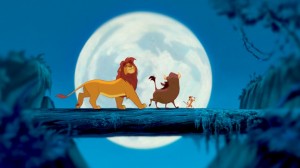 In its third trip back to movie theaters, but  the first time in 3-D, Disney’s The Lion King is ruling the box office again. It brought in an estimated Update: $30.2 million ( was $29.3 million) over the weekend, placing it atop the list of new and recent releases. This will add to The Lion King’s worldwide box office total, but as the theatrical release is only two weeks, it won’t make that much of a move up the charts.

After appearing in theaters, this remastered version will hit blu-ray and DVD shelves on Oct 4th, but you can pre-order it today.

Previously: A review of The Lion King 3D.