Thoughts on The Lion King in 3D

Ahead of its Blu-ray/Blu-ray 3D debut on October 4, The Lion King will once again roar into theaters beginning tomorrow for a two-week run in digital 3D. 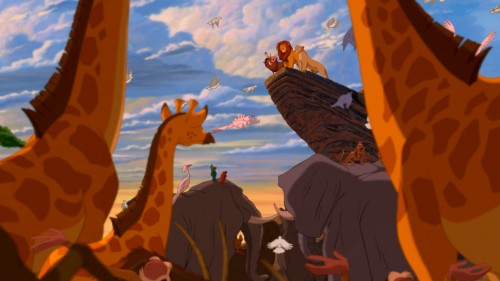 A few weeks ago I caught a screening and came away with decidedly mixed feelings.

Some scenes are, as you can imagine, a thrill to watch with added dimension. But others—pun—fall flat. Many are stuck uncomfortably in the middle. Certain shots of the lions’ faces seemed to have a bizarre papercraft look.

So The Lion King didn’t make me into a fan of the 2-D to 3-D conversion process for traditionally animated films, which I had been very optimistic about. That said, pretty much anything that gets classic Disney films back on the big screen is a good thing.

But Disney’s resources would probably have been better spent on converting one of Pixar’s gems, like WALL-E or Finding Nemo, to 3-D. (Ratatouille 3-D is confirmed to be in the works.)