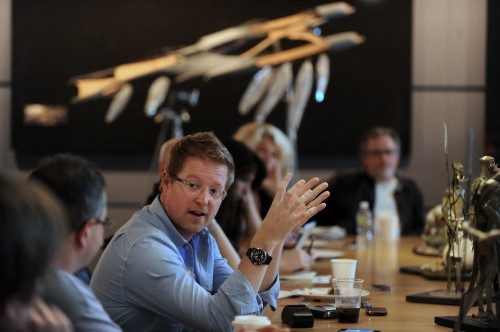 Those looking for hints that the Andrew Stanton directed movie “John Carter” is on the right path should be suitably pleased with some hints dropped during a recent visit to the set by certain members of the press (not me unfortunately).

Two photos in particular have a couple of secrets looking in them. Above is a general shot of Andrew Stanton at a conference table, but look on the wall in the background. That’s a model of something. Then look in the foreground of the lower right… I’ve blown it up for better examination here: 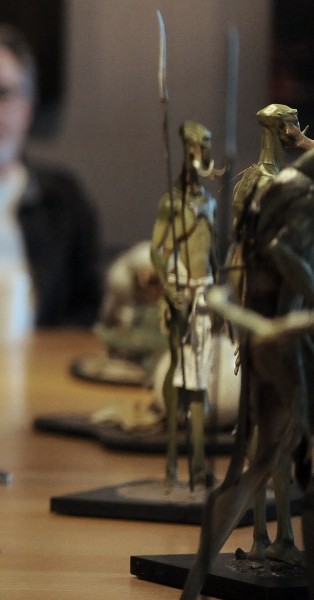 We appear to have some Barsoonians and other details (like an egg) in the background. These marquettes are commonly used in the film industry to give animators a 3D reference. I think they look outstanding and can’t wait to see them on screen.

In the second picture, Eamonn Butler is gesturing at a wall of props from the movie. The helmets look amazing and the gun has a certain steampunk feel to it. Which makes me wonder if that feel will continue elsewhere on Mars. 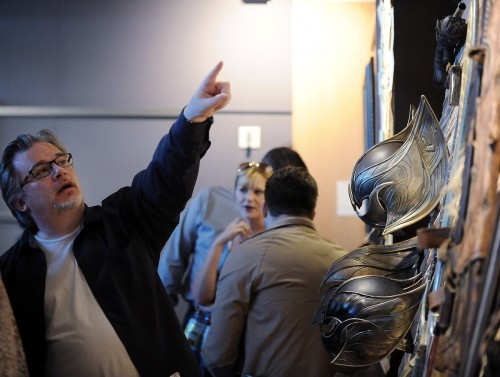 So fans of the John Carter of Mars series, what do you think? Are they on the right path?