Wanted to make sure you were aware of three recently published books about Walt Disney World that are terrific looks at the details that make the magic we all love so much. The first two are from longtime Disney author Kevin Yee and the second is the second book from Chad Emerson. 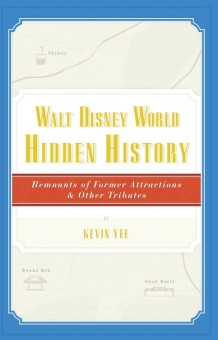 Walt Disney World Hidden History technically came out last year, but it is still making a splash out there on Disney fan sites. If you’re a fan of Hidden Mickeys then Hidden History will be very familiar to you, in it Kevin chronicles the remnants of former attractions in the park and other tributes to the park’s past.

Just released today is Yee’s Unofficial Walt Disney World ‘Earbook 2010: One Fan’s Review in Pictures. This is one of those ideas where you wonder why no one had thought of it before. It is a yearbook for everything that changed at the world in 2010. All the additions, removals, and changes to Walt Disney World are documented in 70 pages with full color photos. Also includes are an index, a time-line, and a few select prices for historical reference. 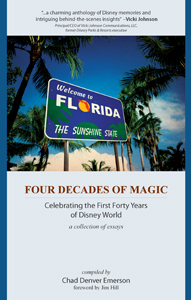 Chad Emerson follows up on his popular Project Future book with a collection of essays about Walt Disney World called Four Decades of Magic. I’m still waiting to get my hands on a review copy of this book, but the contributor list is very impressive and I expect to be learning a lot about the history and operations of the parks and resorts.

With all these books coming out, it’s a great time to be a fan of Disney’s parks.