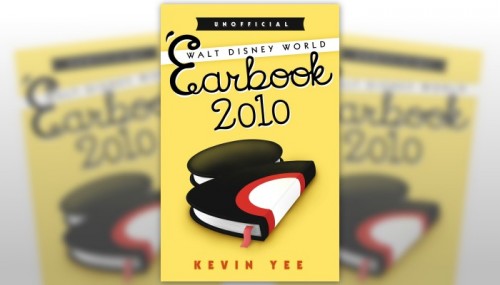 A few years ago the Walt Disney Company tried something new, a yearbook. It was available via special order and in limited locations in the parks. Unfortunately, while initial enthusiasm for the product was high, the actual book that was produced failed to meet expectations for both fans and Disney. A second edition was never produced, which has left a gap that remained unfilled until now.

Kevin Yee, author of many excellent Disney books, has just released The Unofficial Walt Disney World ‘Earbook 2010 as an attempt to fill some of the space left vacant by Disney. It’s such an obvious idea, many have wondered why it hasn’t been done before. Good question, as it turns out putting together a book like this requires a lot of time, organizational skill, and help from a team to make sure everything that needs to be captured, is. Kevin is just the guy for this job.

The ‘Earbook provides a near comprehensive look at what’s changed at WDW during the previous calendar year in a photo-rich paperback volume of 70 pages. Fans of Walt Disney World resort will find this book especially useful if they want to know what’s changed at WDW since their last visit or just want to relive a few memories while they dream up their next trip. 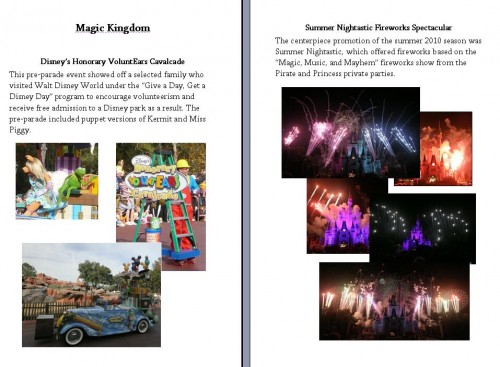 If you read various critical Disney fan articles, including Kevin’s, you may believe that Walt Disney World changes very little to the detriment of good show. What the ‘Earbook shows is that there are constant changes across all aspects of the parks and resorts. These changes range from big, a new parade to small, a sign that’s replaced. But the resort is a living thing, constantly being pruned and grafted, the ‘Earbook reveals exactly what snips and supports Disney is implementing as it grows its unique garden of theme park fun. 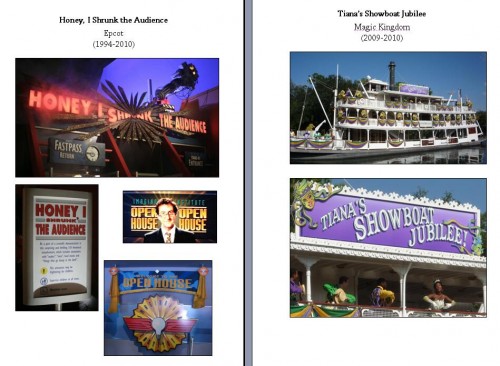 I do have a few small critiques of the ‘Earbook format. The size of the book (8.5 x 9 inches) results in photos that are really too small to show the details that Disney is famous for. I also quibble with a few choices on how his content is organized. There is a great index and a chronological list, which is helpful, but a few tweaks could make it a lot more useful. This is Kevin’s first attempt and he’s already acknowledged some changes will be coming in the next edition. That’s something I’m very much looking forward to. The 2010 WDW ‘Earbook is really one of the products where even if you don’t quite see the need for it now, a few years ahead, when you have 4 or 5 editions on your shelf, the fun will be looking back and seeing what’s changed. 20 years from now the joy will be even greater. Don’t miss your chance to add what’s sure to be an in demand edition to your collection today.