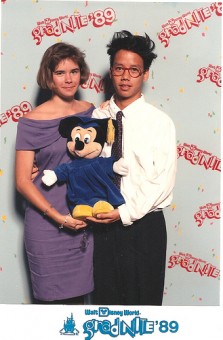 Remember when you were young and you didn’t walk and wash your dog? Then your mom would tell you, if you don’t walk and wash your own dog I’m going to give it away? This would go on for weeks and eventually you either started to take care of your dog yourself, or your parents would just capitulate. Well that’s not what happened this time. This time Mom really did give the dog away.

Indeed Walt Disney World says that this year is the last year for Grad Nites at the resort. The tradition that was borrowed from Disneyland in 1972, the first spring for the Magic Kingdom, had been a thorn in the side of Disney World for the last 10-15 years or so due to higher costs and less responsible kids.

A subset of kids at Grad Nite, and similar events (hint: if I was planning on attending future Night of Joy events I’d be worried right now), have been acting inappropriately to the point of damaging attractions and running through backstage areas. Even if it was just a subset of attendees, it was a growing problem.

Complaints about the value of the event have also been rising. Add to that Disney’s recent reduction in entertainment at the event and an unsuccessful experiment of moving Grad Night to DHS in 2009, and the writing was on the wall. Disney says the move was purely a fiscal reason, but it was most likely a combination of a number of factors.

While I think it’s sad a tradition is going away, as a non-grad nite guest, I can tell you I’ll be happier having those few spring weekend evenings back. There was nothing so frustrating as showing up at the Magic Kingdom on a Saturday afternoon and seeing the closing at 6pm sign. I don’t have that problem anymore, since I have a phone app that tells me what crowds are like in the parks and park schedules, but I still appreciate having another choice on which park to visit at night.

Universal Orlando is not canceling their Grad Bash so those students who want a dedicated event can continue with that tradition. Disneyland will continue their event as well. Otherwise, I think Disney World’s plan to offer a lower price ticket for individual grad groups to mix-in with current park crowds is a fine idea. Perhaps throw in a nightly something at Downtown Disney during the traditional grad night season and you have a great mix. Grads get more hours in the park with their friends and still have the opportunity for some memorable fun.