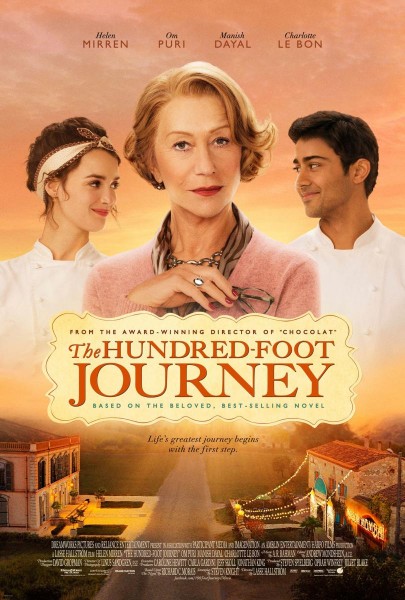 Distributed by Touchstone, The Hundred Foot Journey was released in theaters this weekend. It’s been a while since I’ve done this, but I had a lot of thoughts during this film, so I had to let you into my brain during the film. It’s not a typical review, but I think it gets the idea across.

Stream of consciousness and possible major spoilers ahead, so read at your own risk.

Steven Spielberg’s epic movie “Lincoln” focuses on the final few months of the President’s life as he struggles to try and heal a nation turn asunder by civil war. The list of actors who appear in the film is a who’s who of Hollywood: Two-time… Read More »First Trailer for Lincoln Debuts

Should Disney sell the Touchstone Label

In the early 1980’s the Walt Disney Studios found it could make money with PG movies like Never Cry Wolf, Condorman, and Tron. The only problem was the heat they were taking for tarnishing the ‘Disney’ name with the more adult fare. So in 1984… Read More »Should Disney sell the Touchstone Label

From the studio that brought you Step Up 3D, When in Rome, and Surrogates, comes a movie with a classic tale of two families sworn to hate each other and a love that wouldn’t let their families stand in their way. Touchstone Pictures presents an… Read More »Gnomeo and Juliet Trailer Hits