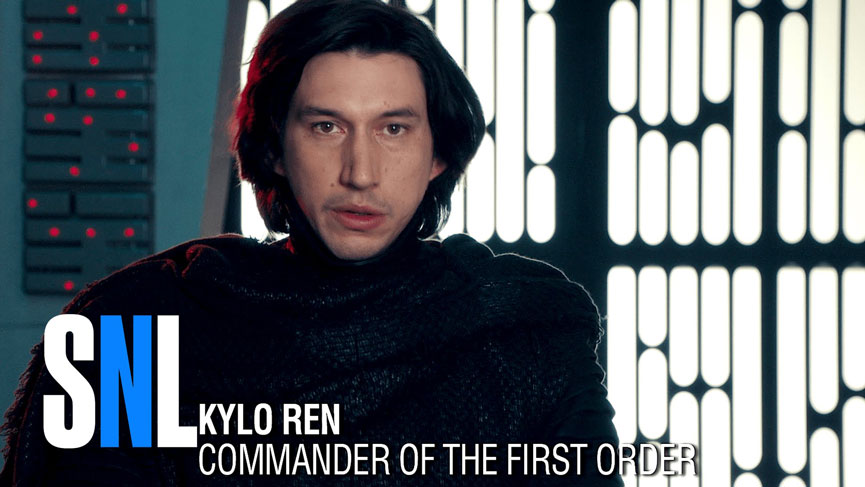 If you missed last night’s Saturday Night Live you missed a fabulous skit parodying the Fox series Undercover Boss. In it Kylo Ren (Adam Driver) goes undercover as Matt, a radar technician, at Starkiller base as he tried to get to know his workers better.… Read More »Kylo Ren on Undercover Boss

It’s a big week for Marvel’s Guardians of the Galaxy. It just passed $300 million at the domestic box office, the first film to do so this year, and $600 million at the international box office. It’s a sky-high results to be sure! But don’t… Read More »Chris Pratt Picked to Host Premiere of Saturday Night Live‘s 40th Season