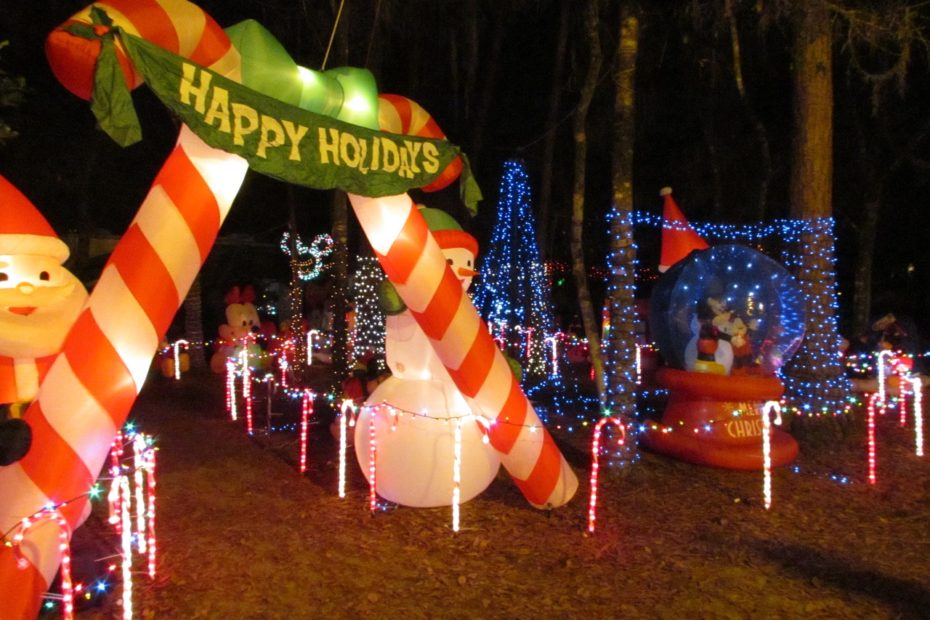 If you’re reading this blog, you probably know about the Osborne Family Spectacle of Lights at Disney’s Hollywood Studios, but did you know there is another display of Christmas lights at Walt Disney World that is, in its own way, nearly as impressive. This display… Read More »Fort Wilderness Campground Holiday Displays

Give Hope to Hurricane Survivors Today!

Tributes, remembrances, and eulogies for the late great Joe Ranft are pouring in. I’ll try and link to as many as I can here:

Pixar Animation Blog: "Joe Ranft is remembered as a jovial, encouraging mentor who made
working at Pixar a joy. He will be missed incredibly but his characters
and work will serve as a wonderful legacy."
Cartoon Brew: "Joe was the finest of the new generation of animation story tellers. I
was lucky enough to work with Joe at both Disney and Pixar, and he
always amazed me with his ability to tell a story. What a terrible loss
for all of us who love animation." – Floyd Norman
LaughingPlace.com: Rhett Wickham has a moving essay, "Not since the late Bill Peet has any one story artist made such consistent, significant contributions to animated film, and his presence leaves an immeasurable void in the industry, particularly at Pixar, where he enjoyed the undying respect, admiration and love of his peers.
Enrico’s PhotoJournal: "We are all hit hard by this sudden news and we’re all beyond sadness here
at the studio. Joe’s contribution to Animation has been immense and far reaching. He taught and mentored a whole generation of creators,  I can’t even begin to describe how dearly he will be missed."
Tara’s livejournal: "I’d never seen an entire company come screeching to a halt the way it did today. It was sobering, though also sort of beautiful. I’m sure Joe would have been pleased to know how loved he was. He probably would have said something funny in his "Heimlich" voice.
Tirade: "Joe is the very best story man ever and the best human being I’ve known
in animation. He is mentor, friend and inspiration to all of us who do
this job."
James Baker: "Whereas many people that I have worked for elsewhere lead by making you feel that you are inadequate and have a long way to go, Joe had a way of making you feel smart and capable, and as a consequence his crew wanted very much to rise to the level of his confidence in them."

Maverix Studios: "He was the great story guru and heart of Pixar Animation Studios . It is truly impossible to summarize the influence Joe has had on all of us in the animation and film industry. Our hearts go out to all of his family and friends….we’ll miss you Joe."
Animated News: "In a statement released Wednesday, Pixar said ‘Joe was an important and beloved member of the Pixar family, and his loss is of great sorrow to all of us and to the animation industry as a whole’."
Hollywood Reporter: "Born in Southern California in 1960, Ranft was a classmate of director John Lasseter’s at the California Institute of the Arts in the 1970s. After two years at CalArts, he joined Disney in 1980. He joined Pixar in 1992."
Jim Hill Media:"here was a guy who was still operating at the top of his game. Who was rabidly pursued by virtually every major animation studio in the business. Not just because Joe was a top storyman. The type of guy who could wade into a truly troubled picture and quickly help to turn it around. But because Mr. Ranft was sweet & funny & kind & great to hang around with"