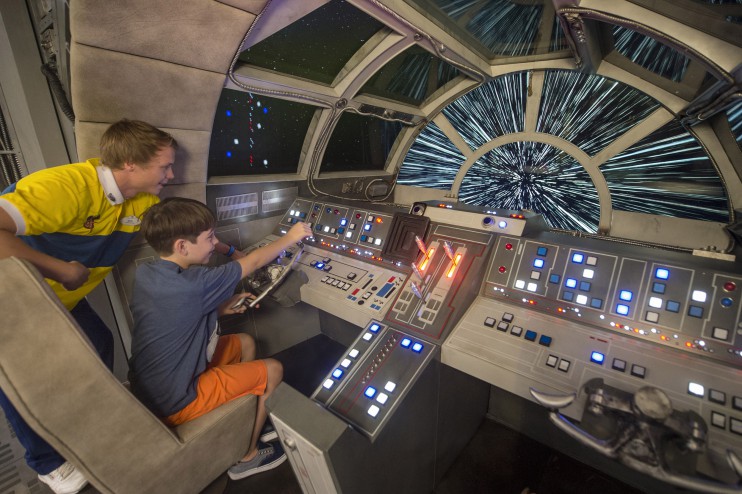 The Astro Orbitor at the Magic Kingdom recently came out of an extensive refurbishment. They took everything off the top of the platform and did maintenance for two months. It’s all back together now and looking better than ever. As one of the main Weenies… Read More »Refurbished Astro Orbitor is spectacular at night After issues from OSHA, a crappy tarp and weird railings adding “protection” and a multi-month closure, Disneyland’s Alice In Wonderland has reopened and it is gorgeous. Not only has the new second level received a nice compromise, but the meat of the attraction has also… Read More »Newly Refurbed Alice In Wonderland is Unveiled 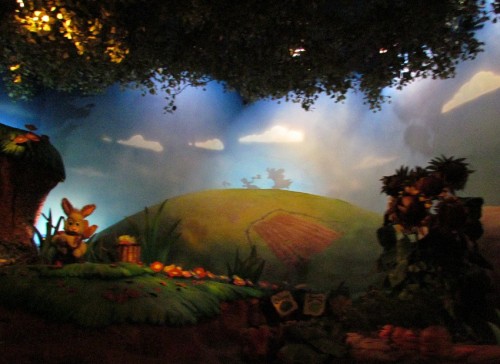 Splash Mountain, the Magic Kingdom’s classic log flume ride, has returned from a refurbishment with a fresh coat of paint and fixes for nearly all the special effects and animatronics in the attraction (but not all unfortunately). This TLC was much needed and has brought life back to many of the scenes including the Grand Finale which I’ve included here. Those chickens and pigs haven’t moved like that in years. It’s very nice to see.

At the beginning of last year we noticed that the Cinderella Royal Carrousel, as it was still known at that time, had acquired some new stirrups that acted effectively as steps making it much easier to mount the beautiful horses. Now the same stirrups have… Read More »King Arthur Carrousel gets new Stirrups