museum of the weird

Geek & Sundry is talking comics in a weekly video podcast hosted by Amy Dallen. Their most recent video looked at “Seekers of the Weird,” a comic series developed by Walt Disney’s Imagineers and artists from Marvel and based on designs for a never-built Disneyland… Read More »Tour The Art Behind Seekers of the Weird Comic from Disney Kingdoms Series 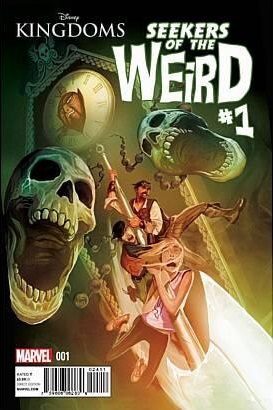 Just in time for Halloween, Disney’s Imagineering group has teamed up with Marvel to tease their newest project: a new comic series. The line is called “Disney Kingdoms: Seekers of the Weird,” and will be based on the various Disney theme parks and attractions. The… Read More »New Marvel Comic: Seekers of the Weird #1 Inspired by Lost Disney Classic