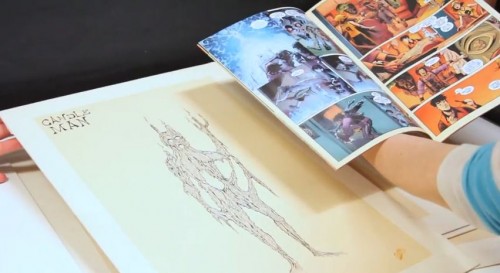 Geek & Sundry is talking comics in a weekly video podcast hosted by Amy Dallen. Their most recent video looked at “Seekers of the Weird,” a comic series developed by Walt Disney’s Imagineers and artists from Marvel and based on designs for a never-built Disneyland attraction called the Museum of the Weird.

In the show, Amy travels to Walt Disney Imagineering Headquarters to see Rolly Crump’s original sketches and get a tour of the art archives at Imagineering! That’s pretty much a dream trip for any Disney geek.

previousPreviously Unseen Vintage Disneyland Footage, circa 1960
nextABC’s Pushing Daisies Could Come Back To Life on Broadway