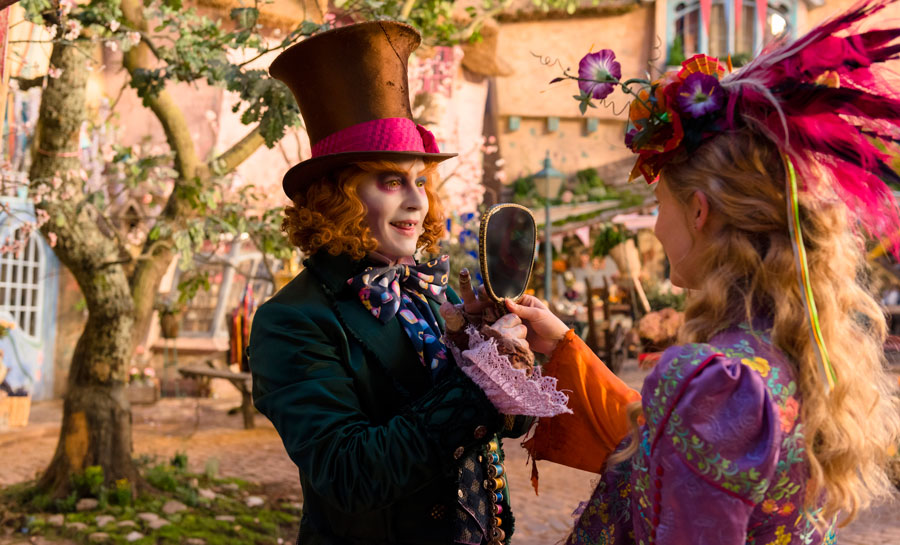 I’ll admit, when I learned that Once Upon a Time was going to introduce The Mad Hatter from Alice in Wonderland into the mix, I was both worried and curious. This definitely stretches the definition of a fairy tale character. A series of books I enjoy with a similar idea has included characters from that story in its fairy tale characters. And at the same time, it could be interesting. Fortunately, it turned out to be both entertaining and fit into the framework they’ve created for the show so far.

I was going to break with tradition and start with Storybrooke, but there are a couple of things we learned in Fairy Tale that came up later in Storybrooke, so we’ll keep with convention.

Our first shot of Jefferson (aka the Mad Hatter) in Fairy Tale is of him running through the forest. He’s trying to get away from…his daughter Grace. But she finds him right away. Unfortunately, Hide and Seek time is over and they need to get to the work at hand – finding mushrooms to sell in town the next day.

When they get home, they find Regina waiting for them. Jefferson sends Grace into the woods to hide before finding out what the Queen wants. She wants Jefferson’s help in retrieving something from “there.” He refuses, stating he won’t leave his daughter. “You just don’t leave family.” He’s not even tempted by her offer of making sure Grace never wants again. These two definitely have some kind of history as Regina makes some references to his past, but we have no idea what it is.Read More »Once Upon a Time 1-17: Hat Trick

This video has been making the rounds for a few days. It shows Alice and the Mad Hatter inspecting the new look for the Alice in Wonderland attraction. It’s a good thing he’s mad, because I don’t think any other Disneyland Cast Member could get… Read More »The Mad Hatter’s Take on new Alice safety rails