The Importance of Being 12 – Tony Baxter

Interview with Bruce Smith, Supervising Animator on The Princess And The Frog

At the premier of Walt Disney World’s newest show, Tiana’s Showboat Jubilee, I had the chance to speak with Bruce Smith, the Supervising Animator on Dr. Facilier, the Villain at the center of Walt Disney Animation’s next feature “The Princess and the Frog.” Smith honed… Read More »Interview with Bruce Smith, Supervising Animator on The Princess And The Frog

The swearing in of new United States Citizens is always an emotional story. But when it happens at at Disney theme park, there is a little extra magic added to the ceremony. This year over 1000 new American citizens were welcomed to the country in… Read More »Hall of Presidents Opens to 1000+ New American Citizens at the Magic Kingdom

Inside the new Manta Aquarium with SeaWorld’s Curator 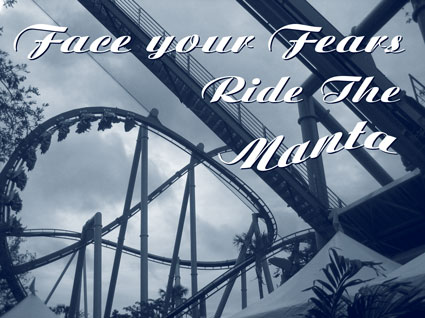 Along with the new flying roller coaster Manta comes a huge new aquarium that features hundreds of sea critters from rays (as you would expect) to beautiful dragon fish (a relative of the seahorse). I got the chance to speak to SeaWorld Orlando’s Aquarium Curator Gary Violetta and ask him a few questions.

Violetta is a SeaWorld veteran of more than 24 years. As Curator he is responsible for the health and physical care of the more than 3,000 animals found in the Manta exhibit. He manages aquarium exhibits and attractions and is responsible for the care of all sharks, eels, stingrays, alligators, and fish throughout the park. A former curator of fishes at SeaWorld San Antonio, Violetta began his SeaWorld career in 1977. He is a member of the American Zoo and Aquarium association. 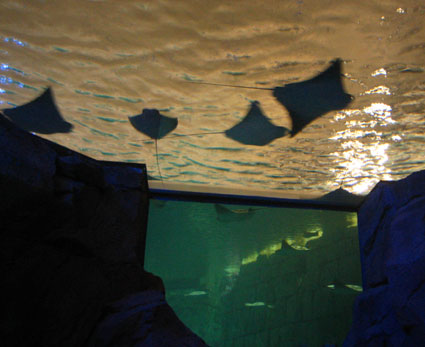 Click below the cut to listen to the embedded MP3 and see a few more photos from the exhibit:

Read More »Inside the new Manta Aquarium with SeaWorld’s Curator

Walt Disney Animation Studios latest film, BOLT, is now out on DVD. If you haven’t yet seen it, now is the time to catch this film that has as much heart as any Disney film and is technically amazing as well. BOLT is the first film that Pixar Studios chief John Lasseter and new Creative Executive for Animation at the Walt Disney Company was able to really mold.

Here’s a great interview with Lasseter on how Bolt came about. (Btw, I love his answer about his favorite Disney animated feature):

Question: What is the history of Bolt?

John Lasseter: Bolt was already in existence, but it was by the name of American Dog. We restarted the story and I brought on Chris Williams and Byron Howard, two amazing young talents, to direct it. I was by their side through every step of the production of this and it’s remarkable that the studio rallied around these two directors, great leaders, and they made this film in a record amount of time.